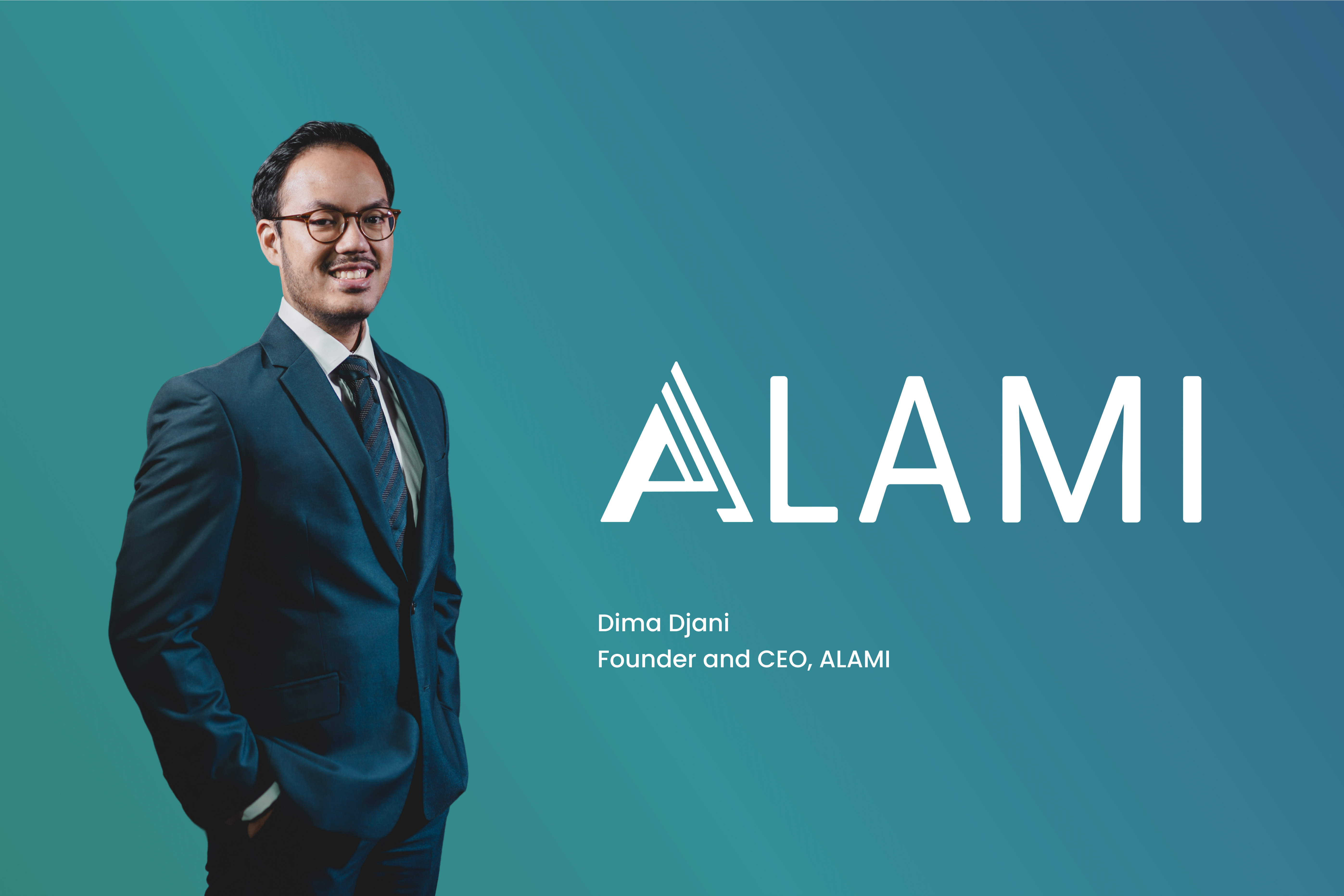 At MOHARA, we help lay the proper foundations for non-technical founders to find their market fit, build products that will please their users, and continuously innovate in their field. The INSEAD Venture Competition (IVC) brings together some of the most innovative entrepreneurs, allowing them to build out ideas with life-changing potential.

As a proud sponsor of the IVC, MOHARA offers complimentary development support to IVC winners and runner-ups, providing them with guidance and technical support to further their business ideas.

Over the next two posts, we'll be covering some of the previous winners of the IVC. Up first is Dima Djani, CEO at ALAMI and runner-up of the 35th IVC.

What is it that ALAMI does and how did you land on this idea?

At first, the business model was more of an aggregator. We did credit scoring for SMEs and provided it to the Islamic banks in Indonesia. Indonesia has a very large Muslim population of around 125 million Muslims. The banking industry only caters to about 5%, and banking penetration is only 50%, so effectively it is only 2.5% to 3% of the total Indonesian population. We believed this sector was and is still fairly untapped.

SMEs are currently not effectively reached by banks. We created this technology to help banks reach out to this market segment. That's where our idea started and how we entered the IVC in 2017.

Since then, it’s evolved into a peer-to-peer lending model, sourcing lenders ourselves rather than through banks. We realised that banks are not ready yet to partner with a FinTech, such as ourselves. That took place around mid-2019 and today, we are the largest Sharia-compliant, Islamic FinTech lender in Indonesia and also globally. We have disbursed more than 70 million US dollars and we are already a series A company. Our platform has around 50 000 users and continues growing, with our default rate still at 0%.

We experienced faster growth than our mainstream competition and as a result of that, we were able to expand into an Islamic digital banking model. We’ve acquired a small Islamic bank in Indonesia which we are turning into a digital one. The technology has been built and we’re aiming to launch towards the end of this year.

What was it like taking part in the IVC and how did it impact you?

The IVC was pivotal to our business since that was where our idea first got validated. The judges are all capable venture capitalists or seasoned entrepreneurs, and their comments and feedback helped to validate our model and get it in the right direction. Being finalists in the IVC made it easier to do fundraising. We started with members from the INSEAD family, some angel investors, mentors who indicated their interest, and that led to our first institutional investors. The IVC played a key part in our existence.

How did your business change after placing as a runner-up at the 35th IVC?

Participating in the IVC gave us the momentum to focus on our business idea. I had shifted from my job as a banker and started fundraising for this idea we had. Before the IVC, we only had the business idea. It was after the IVC that our idea started looking like a business.

Being a runner-up at the 35th IVC, we had a limited time of working with MOHARA. However, the exchanging ideas and the information provided has been great to nudge us in the right direction. The business model has evolved quite dramatically since then. MOHARA provided us with a perspective from a more established market, especially for FinTech. It gave us the confidence to work on our product. This was during the early days where we needed a helping hand since all our co-founders came from non-tech related backgrounds. We needed some form of guidance, and MOHARA provided that.

What has been your proudest moment to date?

One of our proudest moments was reaching a business milestone – to disburse 1 trillion Rp, which comes to about 70 million USD. Another moment that stood out was successfully raising our Series A. There were, of course, a lot of quick wins that led us to these milestones.

What does the future hold for ALAMI?

The sky's the limit! We believe that our investors also think that Islamic finance will stand side-by-side with conventional or mainstream finance. This means that there wouldn't be overlap among the players, giving ALAMI a well-established position in the market. Having a digital banking platform in the world's largest Muslim population gives us the needed edge to expand to other regions and deliver more financial products or even expand beyond finance. We're excited about the future and hope to bring more change to the otherwise quiet industry.

When talking about Islamic finance, it is essentially very similar to environmental, social governance finance. We're here to provide level access of information and capital to people that would otherwise be excluded. We’ve reached out to farmers, fishermen, and provided financing. We’re always happy to talk to like-minded people, wanting to contribute to what we do and be part of our journey.