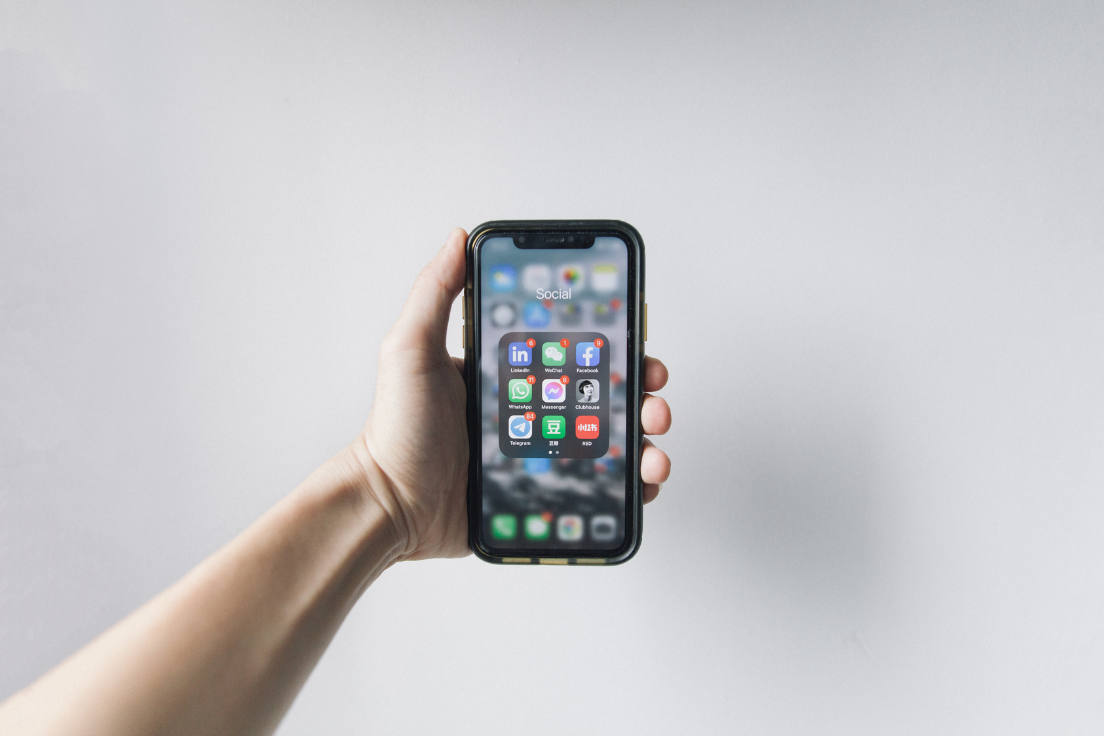 Clubhouse is a social media app that rose to fame during the height of the COVID pandemic. The exclusivity of the audio app, along with its many influential users, caught the attention of industry leaders, with Spotify, Facebook and Twitter creating their own versions of the application.

But if we look beyond the hype – what is using Clubhouse really like?‍

The onboarding process is not as clear as one would expect from a straightforward audio-chat app. While you do select areas of interest when setting up your profile, it remains difficult to pinpoint what a conversation will be about as limited information describing the conversation is displayed.

The initial onboarding, such as setting up your profile, is intuitive and easy. After your profile has been set up, a stream of live conversations will start to appear. This is where things tend to get a bit more confusing, as users name these conversations themselves. The topic could be one thing, but the conversation another. You have to join a conversation to really learn what it is about.

The user experience can be a little confusing as there isn’t a clear tutorial explaining how the app and all its features work. Part of the fun does lie in self-discovery. As you explore the platform you learn more about its use and navigation.

When the platform launched, there was criticism that it was invite-only. While it gave users exclusive access, the exclusivity was seen as a con as it played into an elitist image. Clubhouse competitors, Facebook and Spotify, took note of Clubhouse’s shortcomings and differentiated themselves by making their platforms easily accessible. Now in July 2021, more than a year after its initial launch and a few months after its peak popularity, Clubhouse has announced that the platform is officially open to the public.

Clubhouse was initially targeted “to high-profile industry "elites," such as celebrities, CEOs, and top online influencers.” The exclusivity of the application attracted people of influence first, drawing in their audiences and then opened it up to as many people as possible. You need an audience to listen or join in on conversations in Clubhouse, but in those conversations, you need speakers, people that others want to listen to.

However, the initial exclusivity of Clubhouse, which played a contributing factor to the mass appeal, could also have been the exact thing pushing users away from it. While the thought of coming across a conversation with someone influential is appealing, there is also another side to it. You would have to spend a lot of time browsing through channels hoping to find a celebrity that’s participating in one of those conversations – then there is also the chance that you won’t be able to join the actual conversation unless you want to settle listening in an overflow room (a room created by an individual in the main room, streaming the conversation on a second device). If you want to consume audio content, it might be better to listen to a podcast. Not only do you know the credentials of the person you are listening to, but you have more control over the experience, being able to pause and stop when you’d want to.

Where could it still improve?

Monetising Clubhouse would be very difficult to justify. Why would a user consider paying for this app, especially since there is little way to determine the quality of the content you will consume unless you listen to it? This brings us back to the credentials of people on the app. If you could confirm that the person hosting the conversation has, for example, a PhD, you would be paying to hear an expert speak. You can be assured that the host will be speaking from authority and stay true to the topic. Facebook’s Live Audio Rooms also offers monetisation features, allowing creators to benefit from the content they create. Besides having a creator fund to support and attract emerging creators, there could eventually be an audio room subscription fee.

The application still needs more structure. The missing piece has been context. When using Clubhouse, more context can be given before joining a conversation. There needs to be a way to get an idea of what you are in for, rather than just jumping into the conversation. Perhaps this could be solved with a feature that gives you a snippet of the ongoing conversation and then a prompt to join, for example.

After announcing its decision to go public, Clubhouse also shared that it would be releasing new updates every one to two weeks. The accelerated changes seem to be made in an effort to stand out amongst its competition. However, it will be interesting to see if Clubhouse will listen to its user feedback and improve the existing experience and quality of content, rather than push for unnecessary features in a bid to keep up with rival platforms.

Overall, after trying out the application, it might not be something that everyone will like or use regularly. However, Clubhouse does execute what they are trying to do well. For a drop-in audio app, they have pretty much nailed their delivery.